Auto Insurance customers are changing - which means trouble for carriers 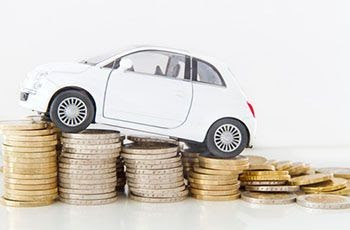 "We're not making money on direct, online business" is something we hear from a number of carriers. Some of them are fairly new entrants but there have been reports that top direct marketers are also struggling in a key channel.

The excuses given for this are usually 'too much new competition' or 'the 'good' direct customers are already taken, all that are left are the bad ones'. We would like to propose another theory to explain why it's become so hard to make money selling Auto Insurance directly:  the customers are changing. And changing in two specific ways: they are becoming much better internet users and their understanding of what insurance is has changed.

Increasing internet sophistication is driving more manipulation.
The smart phone revolution has given most Americans an hour or more a day of experience using the internet to solve problems. This is leading to more and more customers engaging in 'wargaming'. Wargaming is our term for when a customer goes to a carrier's site, gets a valid quote, then requests a second quote after changing a piece of information - say the territory or dropping a driver. By doing this a couple times, consumers can get a good feel for how an insurer calculates their premium, resulting in more and more well informed data manipulation. We see it happening all the time. And it is costly,

Healthcare Reform (aka "Obamacare") is changing the way that customers understand 'insurance' Customers' concept of  'insurance' also appears to be changing. The traditional understanding of casualty insurance whether it be health, auto or home was that the policy only covered events that happened during the policy life. Preexisting conditions (healthcare) and damage (P&C) were  understood to be excluded from coverage. But with advent of Obamacare the health insurance market has done away with the concept of preexisting conditions. Instead, health insurance covers any health need during the life of the policy. Consumers may now be comparing their health insurance policy to their  P&C policy with its preexisting damage exclusions and asking 'why doesn't my auto insurance cover this?'

Another aspect of Obamacare may be driving consumers to think differently about insurance. Obamacare limited the difference in  health premiums between the sick/old and healthy/young to three times the healthy/young premium. Consumers compare that to  auto insurance's much greater rate disparities and conclude that they're 'unfair'.

Many customers' concept of what is 'fair' is changing in ways that hurt carrier bottom lines. The result may be that many consumers have been persuaded that things that in the past that they would have considered dishonest are in fact the way things ought to be. That filing preexisting damage claims and manipulating data isn't so wrong after all. And with their much better insight into how their premium is calculated, they're in a much better position to do so.

One caution: while the theories we've proposed here are supported anecdotally by the data and interactions that we see in our customer relationships, we do not know of any scholarly study that directly addresses these issues. We're hoping to encourage enterprising academics to take up the challenge of understanding these market changes.

Carriers need to upgrade their fraud identification and resolution capabilities But in the meantime, we are convinced that these factors are driving at least some of the direct auto channel profitability problems and that they they will have more and more impact as time goes by. So it's essential that carriers enhance their abilities to detect, intervene and resolve fraud to counteract this growing problem. And that's what we do.

A cure for commercial use auto insurance fraud

It turns out that quite a few owners of commercial vehicles dishonestly insure them as personal...

A  strange thing happened to the US auto insurance industry last year: two carriers - Geico and...

One of the core objectives of the P&C industry's digital transformation initiatives is streamlining...