Why do auto Insurers experience so much rate manipulation at point of sale? 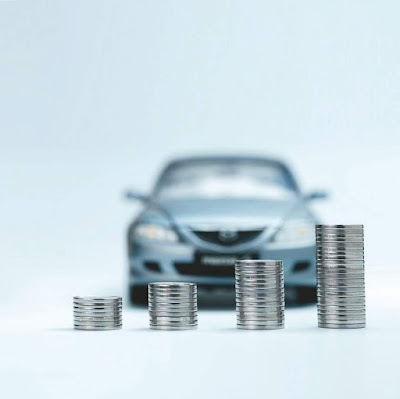 The auto insurance industry has a large problem with customer rate manipulation at the point of sale. Industry studies and our own work with carriers indicate that this type of fraud constitutes upwards of 10% of net premiums. Yet by and large carriers don't focus much resource on fighting up-front fraud. I think it's in part because historically they have been too pessimistic about achieving results. Specifically in the past they've assumed:


"There's not enough time" - The modern auto insurance quotation and purchase process is designed to be completed in a matter of minutes, therefore there is no time for the carrier to examine the customer's data and investigate questionable details. If they try, the customer will go someplace else.
"There's no ROI" - The dollar value of each instance of point of sale fraud is small, running from £50 ($85 Canadian) to about £1,500 ($2,500 C) per policy. It costs more in underwriter investigation time than the potential savings.
"There's too much uncertainty"  - Carriers use third party data to test the validity of various key rating factors like territory, drivers, vehicles and so on but this data is only 80-90% accurate. Carriers don't want to reject good business based upon bad data so they're reluctant to 'pull the trigger' even when the data tells them they should.
But these assumptions are rapidly becoming obsolete and are leading carriers to ignore a significant profit and pricing opportunity.
"There's not enough time" is no longer true because new tools are available that automate the identification and measurement of fraud risks within a quote session's short duration.
"There's no ROI" is becoming obsolete because these same tools are increasingly able tyo automate the process of challenging data claims and collecting documentary proof at POS, eliminating almost all of the burden historically borne by Underwriting.
Finally,  "There's too much uncertainty" is only true because carriers mistakenly focus on the data rather than the customer. The data is simply a 'tip and lead' that indicates that there might be a problem. Only the customer can tell the carrier whether the tip is true. And they usually do because once a manipulator thinks a carrier has found him out, he typically abandons the quote and goes elsewhere. Customers who aren't trying to manipulate - the 'false positives' - won't run away just because the carrier asks them a question. This means carriers don't need perfect data - the combination of "good enough" data and new rapid customer interaction tools provide far more insight.
The bottom line is that if carriers update their assumptions about the feasibility of fighting POS fraud they'll find a large and very accessible profit and pricing opportunity. How do I know? Because we're already doing it for their competitors.

VeracityID stops fraud before it starts. Our solutions detect, deter and defeat the most frequent and costly auto insurance frauds, during quote, billing, endorsement and at claim.   www.veracityid.com
auto insurance, underwriting fraud

Auto Insurers keep looking for their lost keys underneath the streetlight.

Root is a new auto insurance product that uses an app to track prospective customers' driving...

A  strange thing happened to the US auto insurance industry last year: two carriers - Geico and...

One of the core objectives of the P&C industry's digital transformation initiatives is streamlining...